In this adventure, you play as teenagers in the 80s.

His strange and mysterious behavior worried his family and all his friends. They even decided to move away from him. However, since his disappearance, they are haunted by the last words pronounced by the teenager. "The portal is open! He still needs to gain strength, but the next October 31, when midnight will sound, The Demogorgon will come ... "

Decided to learn more about this strange story, they break into the night flynn family in 1987.

: Welcome to 1987, a retro decor reminiscent of sacred memories in the thirties. This room inspired by the works of Stephen King, Steven Spielberg or Stranger Things will immerse you in a fascinating world ... 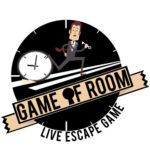